Today is Day 11 of 12 in the Journey to Transformation

Our topic today is walking in your divine destiny.
God has a plan for your life. You have not been left to happenstance! Consider the following Scriptures:

The will of God for your life has at least two objectives. First, that you become more and more like Jesus walking like He did on the earth. Secondly, that you serve the Lord in the place He leads you to and according to your spiritual gifts.
Today, we will examine the first objective of being conformed to the likeness of Christ.

CONFORMED TO THE IMAGE OF CHRIST

Paul stated, “For those whom He foreknew [of whom He was aware and loved beforehand], He also destined from the beginning [foreordaining them] to be molded into the image of His Son [and share inwardly His likeness], that He might become the firstborn among many brethren” (Romans 8:29, Amplified Bible). We read elsewhere, “Those who say they live in God should live their lives as Jesus did” (1 John 2:6, New Living Translation).

How can we live as Jesus did on the earth? Let’s go back to the beginning.
In the original economy of God, it was His intention that humankind would exercise His rule on the earth. We read in Genesis 1:28, “And God blessed them, and God said unto them, Be fruitful, and multiply, and replenish the earth, and subdue it: and have dominion over the fish of the sea, and over the fowl of the air, and over every living thing that moveth upon the earth.” Psalm 8:6 reiterates this truth, “You have made him to have dominion over the works of Your hands; You have put all things under his feet. Once again this theme is emphasized: “The heaven, even the heavens, are the LORD’s; But the earth He has given to the children of men” (Psalm 115:16).
When the Lord created man, he was created in His image and glory (See 1 Cor. 11:7). Psalm 8:5 further reveals that man was …”made… a little lower than the angels” and was “…crowned…with glory and honor.” The word ‘crowned’ in Hebrew means encircled or covered. It speaks of covering.

We know that prior to sin, while dwelling in the Garden of Eden, Adam and Eve were naked, yet they were not embarrassed. “And they were both naked, the man and his wife, and were not ashamed” (Genesis 2:25). After their transgression, they immediately became conscious of their nakedness. “Then the eyes of both of them were opened, and they knew that they were naked; and they sewed fig leaves together and made themselves coverings” (Genesis 3:7). Adam and Eve, prior to the transgression were covered or cloaked with the glory of God! The reason for this sense of shame is that they were stripped of their glory garments! Sin literally strips of the glory. “For all have sinned and fall short of the glory of God” (Romans 3:23).
Not only did Adam and Eve experience the loss of God’s glory as a result of sin, their spiritual authority was also forfeited. Hence, Satan now became the god of this world (2 Corinthians 4:4) as well as the prince or ruler of the world (See John 12:31).

RECOVERING THE GLORY AND DOMINION

When Jesus came to the earth, He came to restore to man what was relinquished to Satan. “For the Son of man is come to seek and to save that which was lost” (Luke 19:10). Please notice that this verse does not say,
“those that are lost.” It specifically says, “that which was lost.” ‘That’ is impersonal and refers to a thing not people. ‘Was’ points back in time addressing an event or exchange that has already occurred. 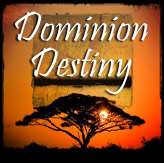 What was it that Christ came to restore? I believe it was the original glory and authority forfeited to the devil! A careful read of the following passage seems to support this. In fact, from this dialogue, we understand that Satan was quite aware of Jesus’ intention and endeavored to thwart it.
“Then the devil, taking Him up on a high mountain, showed Him all the kingdoms of the world in a moment of time. And the devil said to Him, “All this authority I will give You, and their glory; for this has been delivered to me, and I give it to whomever I wish. Therefore, if You will worship before me, all will be Yours” (Luke 4:5-7, Emphasis Mine).
Jesus would not negotiate with Satan. He was well aware that if he conceded to him the transaction would non-binding and the glory and authority would never be restored to humankind. The reason for this: it failed to address the root cause of the forfeiture, namely, sin. There was no short cut to reclaiming the authority and glory. Christ must go the way of the Cross becoming a sacrifice for our sins and paying the price of our redemption. “For without the shedding of blood there is no remission of sin” (Hebrews 9:22).

THE GLORY AND AUTHORITY RESTORED

After Jesus’ resurrection, a permanently binding, legal transaction occurred which resulted in the authority and glory being restored to humankind.  Jesus cried out, “All authority is given unto me in heaven and in earth” (Matthew 28:18).
Paul said elsewhere, that God the Father “raised Him from the dead and seated Him at His right hand in the heavenly places, far above all principality and power and might and dominion, and every name that is named, not only in this age but also in that which is to come. And He put all things under His feet, and gave Him to be head over all things to the church (Ephesians 1:19-22).
What is the result of this? The person that is truly born–again and filled with the Spirit has access to both the authority and glory of God. Paul reveals this to us. He says, “God from the beginning chose you for salvation through sanctification by the Spirit and belief in the truth, to which He called you by our gospel, for the obtaining of the glory of our Lord Jesus Christ” (2 Thessalonians 2:13-14). Jesus confirmed this: “And the glory which You gave Me I have given them…” (John 17:22). 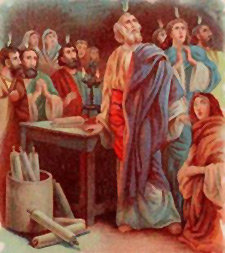 We have been created to share in His glory and know His authority. The truth is that the authority is in the glory! The Bible says, “The mountains melt like wax at the presence of the LORD” (Psalm 97:5). The word translated “mountains” can also be used figuratively referring to anything that opposes our God’s will. For example, Zechariah 4:7 declares, ‘Who are you, O great mountain? Before Zerubbabel you shall become a plain!”
Paul reminded the Ephesians that God is “…able to do exceedingly abundantly above all that we ask or think, according to the power that works in us” (Ephesians 3:20 Emphasis Mine). Notice, he says it is the power of the Spirit in us that is limitless! The glory of God fully manifested in and through the Church is unstoppable and will bring transformation to the nations!
Consider with me the power that was at work in the Early Church. Acts informs us that the anointing carried by Peter was so strong that the sick were brought “…out into the streets and laid…on beds and couches, that at least the shadow of Peter passing by might fall on some of them. Also a multitude gathered from the surrounding cities to Jerusalem, bringing sick people and those who were tormented by unclean spirits, and they were all healed” (Acts 5:14-16). Paul, likewise, was so full of the glory of God that the Lord worked “…extraordinary miracles by the hands of Paul, so that even handkerchiefs or aprons were brought from his body to the sick, and the diseases left them and the evil spirits went out of them” (Acts 19:11, 12).
Let’s be honest! When was the last time you witnessed such glory and power at work in the Church? Most, Christians have never witnessed the like. Nevertheless, the fact is, it is God’s desire to manifest His glory and power through His people to the nations today! Paul shares a profound revelation about the Glory! He says that Church ”…is His body, the fullness of Him Who fills all in all [for in that body lives the full measure of Him Who makes everything complete, and Who fills everything everywhere with Himself]” (Ephesians 1:23 Amplified).
The Church is the only means by which God’s glory is manifested on the earth today! We were created to exercise His dominion over all of creation. Jesus, as the Second Adam exercised dominion over devils, sickness, death and even the elements when He walked the earth.
Just before He went to the Cross, Christ reminded His Church, “Most assuredly, I say to you, he who believes in Me, the works that I do he will do also; and greater works than these he will do, because I go to My Father” (John 14:12).
DAY 18 CHALLENGE: Read the following chapters in the Book of Acts, Chapter 5 and 8. 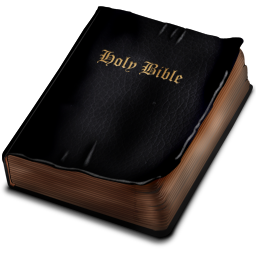