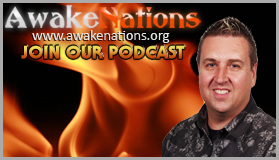 The primary secret of the rapid expansion of the Early Church was because multiplication was in their DNA. Addition is good, but multiplication is better. Addition produces incremental growth, but multiplication produces exponential growth. Paul dilineates the better way of multiplication in his second letter to Timothy when he says, “The things which you have heard from me in the presence of many witnesses, entrust these to faithful men who will be able to teach others also.” (2 Timothy 2:2)
The Early Church initially grew by addition.  “Those who believed what Peter said were baptized and added to the church that day – about 3,000 in all.” Acts 2:41 NLT; See also, Acts 2:47; 5:14; 11:24).
It is never a small thing when great multitudes are added to the Body of Christ on one or when believers are added to the Church on a daily basis. Most churches in the West have never even come close to seeing such a phenomenom.
Embracing a Multiplication Paradigm
However, the most far-reaching expansion of the Kingdom as recorded in the Book of Acts did not happen until the followers of Christ embraced a multiplication paradigm.
The New Testament records that at first it was disciples that increased exponentially. “Now in those days, …the number of the disciples was multiplying rapidly. (Acts 6:1 New Living Translation)  After time, the growth shifted from disciples multiplying to entire churches multiplying: “Then the churches throughout all Judea, Galilee, and Samaria had peace and were edified. And walking in the fear of the Lord and in the comfort of the Holy Spirit, they were multiplied.” (Acts 9:31)
We all know small churches that justify their few members as a result of them focusing on growing “spiritually.” They claim they are not interested in “numbers.” We are also aware of larger churches that are “a mile wide and an inch deep.” I would like to submit that God’s intention is that we experience both numerical and spiritual increase. The Body of Christ was never intended to grow one-dimensionally. The preceding verse in Acts 9:31 as well as Acts 16:5 makes it clear that the Church is intended to grow deeper spiritually [edification] and increase numerically through multiplication!
Glenn Bleakney