WHAT LEADERS ARE SAYING… 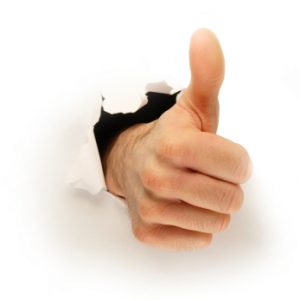 “Some people can teach on the Apostolic, but are not yet walking in the realities of it. Others are walking in those realities (laying foundations, equipping, mentoring, ministering in signs and wonders), but find it difficult to communicate those truths to others. Glenn Bleakney functions as a mature Apostle, both walking in Apostolic realities, but also imparting those realities into others. Glenn has an amazing ability to take even the complex truths of God’s word, and explain them in a clear and practical way, so that they can be applied in every day life. As a seasoned minister of the Kingdom of God, full of the Word of God, and demonstrating both the gifts and the fruit of the Spirit, I highly recommended Glenn without reservation, to any church, any ministry, or any person desiring to learn to demonstrate the Kingdom of God to this generation.”
Pastor David Hibbert, Destiny Christian Church, Montreal Canada
“Glenn Bleakney has a very powerful word from the Lord. Each time he ministers there are verifiable signs and/or wonders including miraculous healings, clear prophetic words, and more. My Church benefited from Glenn’s ministry. In fact, we saw an AWESOME VISITATION of The Lord the following Sunday. I’ve been “in His Presence” many times in my life, but Sunday was very different, very powerful! I believe it’s because a “door” was opened through Glenn’s ministry.”

It is with my greatest of pleasure to be apart of Glenn Bleakneys Ministry.  Glenn is a man of the Lord serving the Kingdom with all fortitude. He has a great wealth of Knowledge of The Kingdom and we fully recommend his ministry to all who are hungry to establish the expansion of Gods Kingdom throughout the earth!

Thank you Glenn Bleakney for a powerful conference. We had salvations, healing, and miracles! What a rich word! I am very picky when I bring anyone to minister to our fellowship. I highly recommend him to all my pastor friends!

“We have known Glenn and Lynn for several years and have always known them to be rock solid ministers of the word. In addition they move in clear prophetic and signs of the apostolic follow their ministry. But…wow… God has now brought them to another level. Glenn’s ministry of the word was clearly an end time’s prophetic revelation. The altar ministry was “on fire” with an anointing straight from heaven: dead-on prophetic words and ministering in the compassion and love of Jesus. The power of God was clearly evident! Our church was blessed and severely touched! The Bleakneys will definitely be invited back to minister to our congregation.”

Glenn Bleakney is a man of integrity. He lives a life that models a well-grounded, well-disciplined man of God. Glenn Bleakney has a great working understanding of the five-fold ministry and the Kingdom of God. I believe he is well on his way to becoming a leading authority in those areas. Glenn also has profound knowledge and revelation of God’s word. I have had him ministering in my church going into extended meetings declaring and demonstrating the word, flowing with Holy Spirit, with signs and wonders following.

“Glenn Bleakney is one of the few men I know who walks in the apostolic anointing with signs following.  Glenn not only teaches the miraculous — he does it.  His messages cover a wide range of topics.  This enables him to flow with the local house to build their faith for the direction that God is leading the senior pastor.

His background in the streams of God include the Classical Pentecostals to the new apostolic & prophetic generations. He can speak to any “camp” and be effective.

Glenn is my friend.  I recommend his ministry to you without reservation.”

Glenn Bleakney was with us here in Ottawa Canada the Kinburn Revival! It was over the top! God showed up with with signs and wonders following. Eyes, backs, chronic pain, feet, hips, stomach problems healed, and much more! His teaching on the Glory was incredible.

Glenn Bleakney has an amazing Testimony of God’s grace and deliverance from situations that would have drowned most people in the sea of life! He has OVERCOME , victoriously, through Jesus Christ and now seeks to help others do the same through his global ministry of teaching, preaching and evangelism – www.Awake Nations.org!

Glenn is a outstanding International evangelist reaching the nations for Jesus Christ. I have been a personal friend for 2-3 years and I would highly recommend him in any ministry capacity.”

“Glenn is a man of integrity, excellence and wisdom. I highly recommend him for ministry.

“I would like to give my highest recommendation to the ministry of Glenn Bleakney. I have known Glenn for over ten years and I have appreciated his ministry, gifting, and callings. His ministry has a clear calling toward evangelism and he is capable of pursuing this in the local church setting, church planting, crusade ministry and mission involvement. I know that Glenn is motivated to spread the gospel through the most impacting means available. Again I am glad to recommend Glenn Bleakney to you for consideration”

“It gives me great pleasure to write a reference letter for Glenn Bleakney. I have had the opportunity to observe him and have come believe that he has a great call of God on his life, and a real heart for ministry. He has demonstrated his obedience to God in response to that call. He recently conducted an Evangelistic Crusade at the Church where we saw many souls saved, delivered, revived, healed, and filled with the Holy Spirit. He is truly an excellent evangelist with a passion for souls. Through his ministry “Awake Nations,” he has touched many lives in North America; the Caribbean Islands; Countries in Africa and other Nations of the world. This man of God is a leader with integrity and sound biblical understanding.”

“Rev. Glenn Bleakney ministered to our congregation after a strong recommendation by a minister friend. It was gloriously wonderful. It was the moment the ministry had been waiting earnestly for. Souls were saved. The testimonies of healing and deliverance were so great that the congregation demanded him to come back. The anointing on him for words of knowledge and wisdom was so dynamic targeting specific needs. We had him come back again and we can’t wait to have him come back. No doubt Rev. Glenn Bleakney is a chosen vessel of Almighty God proclaiming His Kingdom.”

“Glenn Bleakney was with us in Trinidad for ten days of ministry. He preached God’s Word with power. Signs and wonders followed wherever he ministered. There were many salvations, miracles of physical, mental, and emotional healings took place. Some people were baptized in the Holy Spirit and several spoke in another language for the first time. One of the greatest miracles manifested when an elderly man began hearing in his left ear. Their visit caused a tremendous difference to impact the Kingdom of God. Reports from all the ministers following the team’s visit were filled with thanks to Almighty God and appreciation to the team for visiting their shores.” 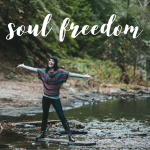 Study at our online school of ministry