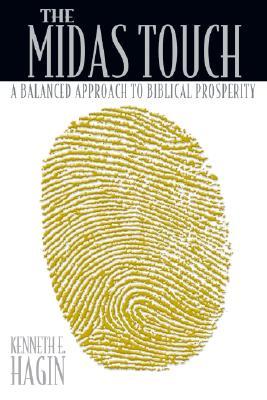 Charismatic Bible teacher Kenneth Hagin Sr. also known as “Dad Hagin” started a grass-roots movement in Oklahoma that produced Rhema Bible College and a crop of famous preachers including Kenneth Copeland, Jerry Savelle, Charles Capps, Jesse DuPlantis, Creflo Dollar and dozens of others—all of whom teach that Christians who give generously should expect financial rewards on this side of heaven.
Hagin clearly espoused that God is not glorified by financial poverty. However, he was also concerned that many associated with his ministry were distorting his original message and were in fact manipulating the Bible to support what he viewed as greed and selfish indulgence. He wrote a brutally honest book to address his concerns called, The Midas Touch.
Here is a summary of what Kenneth Hagin states in The Midas Touch:


We would love to put this 200 page book in your hands for a love gift of any amount!
Give Online now at https://www.awakenations.org/donate/ and we will be quick to email you the PDF version of The Midas Touch by Kenneth Hagin!
For your gift of $50 USD or more, we will send you the hard copy of this book shipping and handling included!