About 6 months ago, I noticed that my hands and ankles were becoming very stiff. This was a concern to me as my grandfather had his fingers amputated and my mother too has suffered severe pain due to rheumatoid arthritis. I went to the doctor, had blood tests and she confirmed that I had inherited the disease. There is no cure, but treatment can delay the progress and make the pain more manageable.I knew this disease- while part of my natural DNA, was NOT part of my spiritual inheritance. Part of my calling from the Lord is to play piano and minister in worship – and that was becoming difficult due to the pain in my hands when I play. We immediately took a stand against this disease and began claiming my healing.A few weeks later I was at a meeting just outside of Montreal where Glenn Bleakney was preaching. He asked for those who needed healing to come forward so I did. As he approached me, he had a word of knowledge and said “Do you have rheumatoid arthritis? The Lord wants to heal you”. He laid hands on me and prayed for me. I was encouraged as this was not my home church and nobody there knew of my condition.A few weeks later I went for some blood tests which had already been scheduled. When I went to the doctor this week, she told me that I no longer have rheumatoid arthritis. I had been healed!– Sinead Roy 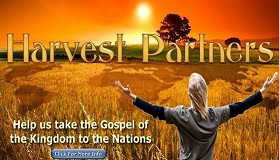