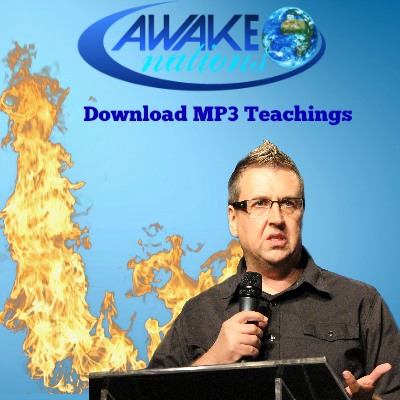 In Matthew 1:23 we read, “The virgin will be with child and will give birth to a son, and they will call him Immanuel” -which means, “God  with us.”
“Immanuel: God With Us” was fulfilled 2000 years ago at the Advent of Jesus Christ. God literally clothed himself with frail humanity and lived among us for over 30 years eventually dying on the Cross and being raised to live again where He is now seated at the right-hand of the Father where He rules with absolute authority and power.
The purpose for God dwelling among earth’s inhabitants in the person of Jesus during the First Century was that they would see His glory. “In the beginning was the Word, and the Word was with God, and the Word was God. He was with God in the beginning.. The Word became flesh and made his dwelling among us. We have seen his glory, the glory of the One and Only, who came from the Father, full of grace and truth” (John 1:1, 14). Anytime the Lord reveals His glory to men it results in some putting their faith in Him. “He thus revealed his glory, and his disciples put their faith in him” (John 2:11b).
God still desires to reveal His glory to the world today and He has chosen to do this through you and me. Jesus declared during His High-priestly prayer in the Garden of Gethsemane, “I have given them the glory that you gave me” (John 17:22). Paul prays for the church in Ephesians 3:19: “..that you may be filled [through all your being] unto all the fullness of God [may have the richest measure of the divine Presence, and become a body wholly filled and flooded with God Himself]!” (Amplified Bible).
Beloved, we are destined to be a people that are wholly filled and flooded with the life and glory of the Lord! The purpose for this is that the Lord may continue to manifest Himself today as “Immanuel: God With us” so that others will put their faith in Him and be saved.
May you experience a a Merry Christmas and a Faith-filled New Year!
Glenn Bleakney