“LORD, it is time for you to act, for these evil people have violated your instructions” Ps. 119:126 NLT

Our world is in upheaval! The nations are shaking! Sin is increasing on all sides! Intolerance toward Biblical truth has become the norm in our culture. The Call of the Lord during times of spiritual darkness and declension is that His people would arise and shine forth the light of the glory of the gospel. Isaiah cried out, “Arise, shine; For your light has come! And the glory of the LORD is risen upon you. For behold, the darkness shall cover the earth, And deep darkness the people; But the LORD will arise over you, And His glory will be seen upon you” (Isaiah 60:1-2).

The Church, rather than shining in the darkness, seems to be asleep in the light. Many of the cities in our nation that boast the highest churches per capita ratio ironically are plagued by the highest crime rates! Take the Dallas-Fort Worth Metroplex for example. Dallas has more churches per capita than any other American city, but it also has the worst overall crime rate for cities with more than 1 million people.1

According to an FBI study conducted in 2006, Dallas, Texas had the highest crime rate in the nation with one crime committed for every 12 people.2

It is time that we be honest and acknowledge that we in the West possess a dramatically different form of Christianity than we read about in the Book of Acts and what is being experienced  by Christians throughout the rest of the world. In America, our churches are adept at pumping out large volumes of information, and yet, by and large, we see no transformation. Paul stated that in the Last Days, there would be some professing Christians that would be characterized as having a “form of godliness that denies the power thereof” (2 Timothy 3:5). Such people would have a semblance of faith that would be void of the life- changing power of the Cross of Christ! 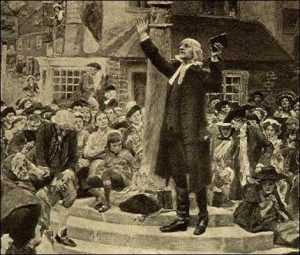 In a recent study conducted by the Barna Research Group on the state of the Church in America in 2010, discovered that The postmodern insistence on tolerance is winning over the Christian Church. Essentially, what the Barna Research Group discovered is that the Church has become silence on issues of Biblical truth, and, consequently, the influence of Christianity on culture and individual lives is now largely invisible:

Our biblical illiteracy and lack of spiritual confidence has caused Americans to avoid making discerning choices for fear of being labeled judgmental. The result is a Church that has become tolerant of a vast array of morally and spiritually dubious behaviors and philosophies…There are fewer and fewer issues that Christians believe churches should be dogmatic about. The idea of love has been redefined to mean the absence of conflict and confrontation, as if there are no moral absolutes that are worth fighting for…Christianity has arguably added more value to American culture than any other religion, philosophy, ideology or community…The primary obstacle is not the substance of the principles on which Christianity is based, and therefore the solution is not solely providing an increase in preaching or public relations. The most influential aspect of Christianity in America is how believers do–or do not–implement their faith in public and private. 3 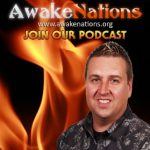 The Bible is replete with examples of a men and women that were divinely raised up in their days to confront powerless religion and bring radical change to society. In this study, we are advocating that it is possible and only right that the Church contend for a visitation of God that gives Jesus Christ His rightful place as Lord of all in our personal lives and in the Church and results in spiritual, moral and societal transformation. George Otis Jr. of the Sentinel Group states the following relative to the transformation of culture and society:

“For the term “transformed” to be properly applied to a community, we believe that change must be evident not only in the lives of its inhabitants but also in the fabric of its institutions. In the end, it is dramatic social, political, and even ecological renewal that sets these cases apart from common experience.

Otis also offers these additional insights: In short, a transformed community is:

Such a transformation is really the proof the the Kingdom of God has been received by a people and is forcefully advancing on the earth. “Thy Kingdom come; Your will be done on earth as it is in heaven” (Matthew 6:10).

Community Transformation is indicated when: