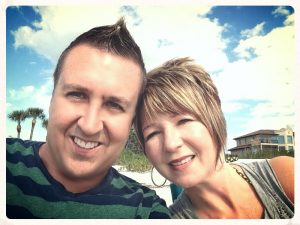 Some teach that there are no apostles today. They insist that the ministry of the apostle ceased with those recorded in the New Testament.
This is partially true, in that, the foundational office of apostle ceased with the Twelve (See Acts 1:21-22). However, we know that there were other apostles beside the original twelve, particularly, Paul. To this some say Paul was the very last of the apostles based on His own testimony in 1 Corinthians 15:7-8, “Then he appeared to James, then to all the apostles, and last of all he appeared to me also, as to one abnormally born.” The problem with this is that Scripture clearly records additional apostles. In Acts 14:4, 14, it is used of Barnabas as well as of Paul; in Rom 16:7 of Andronicus and Junias (a woman). In 2 Corinthians 8:23, two unnamed brothers are called ‘messengers (Lit., apostles) of the churches.’ In Phil 2:25 Epaphroditus is referred to as ‘your apostle.’ It is used in 1 Thessalonians 2:6 of Silas and Timothy in addition to Paul.

PURPOSE OF APOSTOLIC THEN AND NOW

1.     Taking the gospel to unreached areas. Paul said to the Romans, “It has always been my ambition to preach the gospel where Christ was not known, so that I would not be building on someone else’s foundation” (Romans 15:20).

Relevance Today – Although the gospel has gone out to some degree to every nation of the earth, there are still an estimated 16,000 “people groups” that are geographically or linguistically isolated and have never even heard of Jesus Christ.

2.     Laying a firm foundation (Christ Himself) for the churches being established. Paul speaks of this important apostolic role: “By the grace God has given me, I laid a foundation as a wise master builder, and someone else is building on it. But each one should be careful how he builds. For no one can lay any foundation other than the one already laid, which is Jesus Christ” (1 Corinthians 3:10,11). 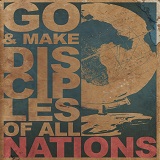 Relevance Today – Foundation Laying – Many churches in this nation and all over the world have never really been established on a solid biblical foundation and structured after the New Testament pattern. Rather, they have been built upon human traditions and the concepts of men, not upon Christ Himself and His eternal Word.

3.     Training & Appointing Leaders. Paul took Timothy under his wing and mentored him (Acts 16:1). When Paul and Barnabas made their second visit to Lystra, Iconium and Pisidian Antioch, they prayed and fasted and ordained elders in each church (Acts 14:21-23). Acts 14:23 – So when they had appointed elders in every church, and prayed with fasting, they commended them to the Lord in whom they had believed.”

Paul likewise instructs Titus to “set in order” the churches in Crete and appoint elders in every city (Titus 1:5).

Relevance Today – Training Leaders – Today the apostolic function of training leaders has been largely replaced by seminaries and Bible schools. Appointing the leaders of local churches has been made a matter of congregational voting, selection by a denominational hierarchy, or ambitious aspiring young preachers simply starting their own churches and appointing themselves the pastors. The result has often been that leaders are put in places of responsibility that they are not really called to by God, and/or are not adequately equipped to fulfill. They may have been good students at the seminary, but are likely to miss the kind of personal training and character development that Timothy received from Paul.

4.     Dealing with specific problems, false doctrine, in the churches that had been established. Paul’s first letter to the Corinthians illustrates his use of apostolic authority to speak to a number of problems in the church he had planted at Corinth: disunity, immaturity, pride, immorality, taking other believers to court before secular authorities, questions about celibacy and marriage, disputes about meat sacrificed to idols, wrong handling of the Lord’s Supper, misuse of spiritual gifts, confusion about the resurrection, etc.

Paul also had to use his apostolic authority to deal with disunity and schism. In Corinth, there was apparently city wide disunity in the church because of certain believers giving preferential treatment and allegiance to one leader above another. “I follow Paul, Apollos, and Peter. I follow Christ they would say.”

Paul also performed the apostolic role of providing a link of communication and sharing with the universal Body of Christ around the world. In Philippi, Paul had to deal with a situation of contention between two ladies in the local assembly, Euodia and Syntyche. 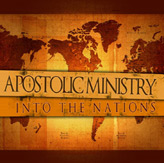 Relevance Today – Problem Solving – It is clear that local churches frequently encounter problems that they have difficulty solving without outside assistance. Pastors are often without any personal accountability and often have no one to give them input regarding church problems. Sometimes local leaders have blind spots and cannot even see the shortcomings that exist. There still a need today for men of apostolic authority to pierce through the blindness, ignorance and pride, speaking the Word of God to areas of sin, imbalance, false doctrine, division and other problems. The disunity of the Body of Christ is still a scandal that robs us of the full blessing of God and undermines our testimony to the lost.

Men of genuine apostolic heart have a burden to see God’s people come together as a united family and a united army. They see an overview of the universal church around the world and can sense the heartbeat of what the Lord is speaking. The vision is sorely needed in the church today, and only men of apostolic insight and authority can bring it about in a in a significant way.

5.     Demonstrating and imparting the supernatural dimension of the Kingdom of God. Although it is God’s intention for all believers to heal the sick, cast out demons and perform miracles by the power of the Holy Spirit, those in apostolic ministry are particularly to bear this credential. “Truly the signs of an apostle were accomplished among you with all perseverance, in signs and wonders and mighty deeds” (2 Corinthians 12:12).

Elsewhere it is said that God did extraordinary miracles through Paul (Acts 19:6). Apostles were often used in a special way to impart the power of God to other believers.

Relevance Today – Supernatural – We live in a day when God is moving mightily to restore signs and wonders to the church. For too long we have relied upon our intellect, human wisdom, and persuasive words – the very things Paul put no confidence in: “My message and my preaching were not in wise and persuasive words, but with demonstration of the Spirit’s power, so that your faith might not rest on men’s wisdom, but on God’s power (1 Corinthians 2:4,5).

A Word of Caution

It is also important to realize that having an apostolic calling did not automatically mean that the apostle had the right to exercise full authority in all places and situations. 2 Corinthians 10:13, “We, however, will not boast beyond measure, but within the limits of the sphere which God appointed us — a sphere which especially includes you.” 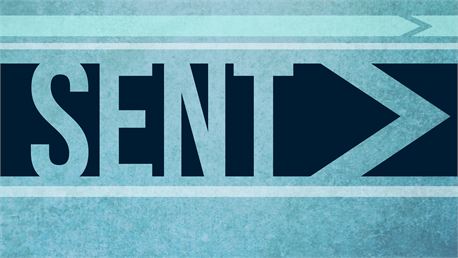 It was a ministry based upon relationship and not only on titular authority alone.

There is a sense in which the authority of an apostle diminishes in certain ways once the local church was firmly established and provided with the oversight of local elders. The relationship and the authority still existed when necessary to intervene in problems not being remedied by the local leadership, but it was Paul’s perspective that he was like a father whose role of authority diminished once his son or daughter reached adulthood. His heart was not to establish a “chain of command,” but rather to see each church established under the headship of Christ.

STUDY ONLINE AT THE EMPOWER SCHOOL OF SUPERNATURAL MINISTRY
Want to learn more about the apostolic? Visit our Online School of Ministry and start watching our videos on the apostolic today! Only $25 per month! www.supernatural.awakenations.org